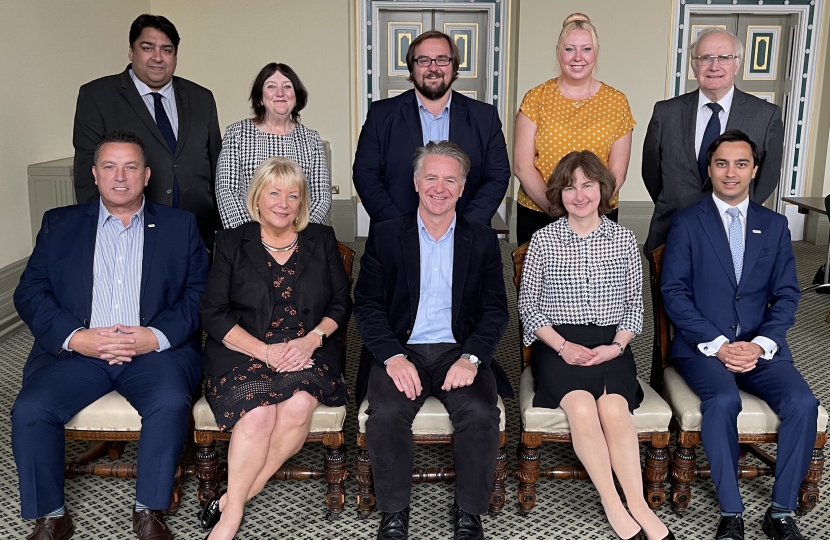 Following the election of Cllr Martyn Cox as Leader of Bolton Council, we are pleased to announce the updated Cabinet under the Conservative administration for Bolton. Pictured above (left-to-right, starting on the back row) are: