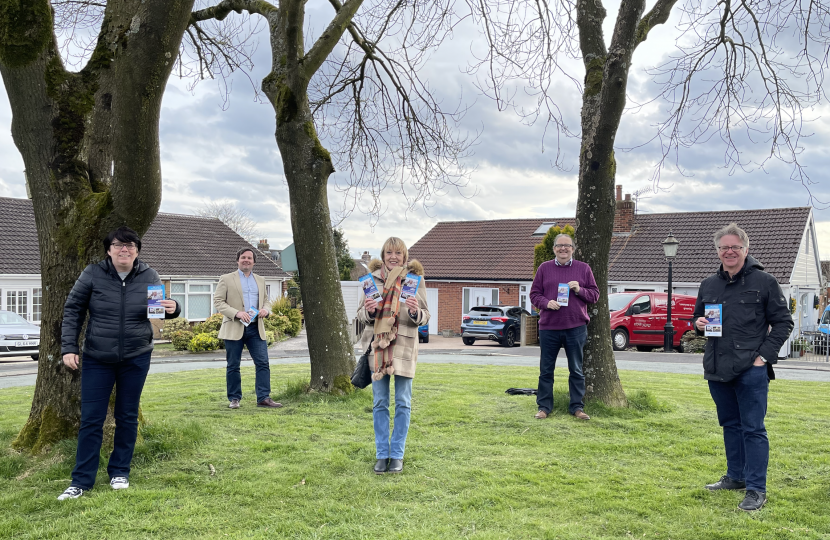 Cllr Eckersley-Fallon is well-known in Westhoughton North & Chew Moor and much respected for her community involvement and belief in making the area a better place to live for all residents. Upon ditching the Lib Dems and joining the Conservatives, Cllr Eckersley-Fallon will remain a councillor and committed to her ward.

I hope residents have experienced my work ethic during the time I have been a councillor, and my total commitment to Westhoughton, and they will appreciate that I have not taken a decision of this nature lightly.

During my time as a councillor, I have worked alongside all parties both in Westhoughton and on Council committees, and observed a wider picture, and it is no longer tenable for me to stay within the Liberal Democrat group.

I do feel I can work within a Conservative Group led by Cllr David Greenhalgh and I also know I can work alongside Cllr Martyn Cox, and genuinely believe that working as part of a Conservative administration, whose direction and progress over the last couple of years I have appreciated from the opposition benches, will genuinely benefit the residents of Westhoughton.

There will be issues on which we will have differences of opinion but I believe these exist within all parties. I believe we share many of the same values, so this is not a massive leap for me.

I am pleased to welcome Bernadette to our Group. These are never easy decisions for any councillor to make. She has the reputation of a very hard-working councillor, committed to the community she represents, and I believe her and Cllr Martyn Cox working as Conservatives alongside each other for the residents of Westhoughton North and Chew Moor will be hugely positive for their residents and for Westhoughton as a whole.

I am delighted to welcome Bernadette to the local conservative team in Westhoughton North and Chew Moor. Bernadette has always had a fantastic reputation for being a great champion for the local community and serving people in so many positive ways.

The efficiency of work and spend under the Conservatives on Bolton Council has seen us be able to complete an additional 100 roads.