When will Burnham take responsibility? 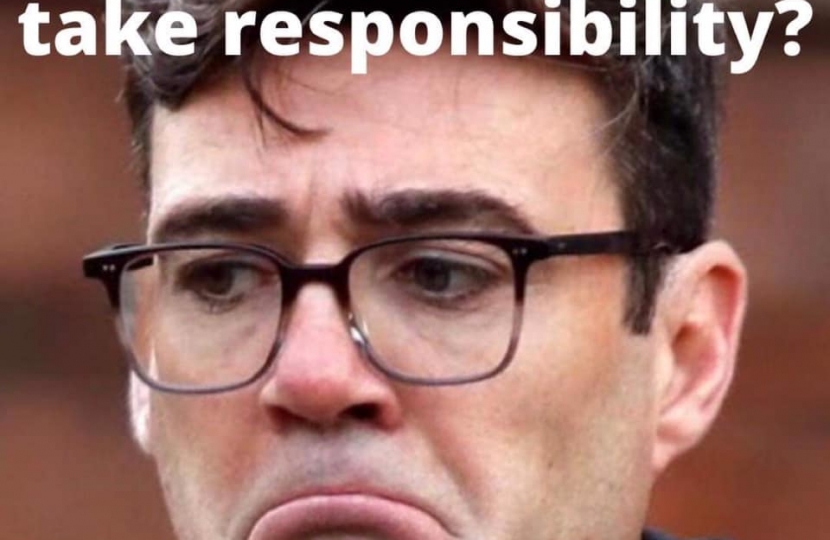 In an unbelievable meeting of The Greater Manchester Police and Crime Panel yesterday, Andy Burnham, the man in charge of our police, turned on his own force and blamed them for hiding information from him.

No sense of responsibility from him in his position as Mayor as accountable for the priorities of the GMP. Just a shameless distancing of himself from GMP’s record that has led to them being placed in special measures.

In a last minute U-Turn, which wreaked of opportunistic electioneering, Andy Burnham reduced his proposed increase to the Mayoral Police Precept from £15 to £10 per household.

“At a time when Government has increased police funding by £636m this year and the budget in GM for policing has risen by nearly £20m, this is not the time to be increasing the precept.

How can we ask residents to pump more money into an organisation that has been described as failing at senior level at a time of economic and health crisis? The Mayor is responsible and should get his house in order, which is a total police headcount in GMP of 6,787, one of the highest in the country.

Once again proposals concentrate on city centre initiatives and show not enough commitment to so called low level crime in our neighbourhoods, such as burglary, drug dealing and antisocial behaviour.

I support our frontline officers and I thank them for all the work they do, but I can not support this unjustifiable Mayoral precept.”