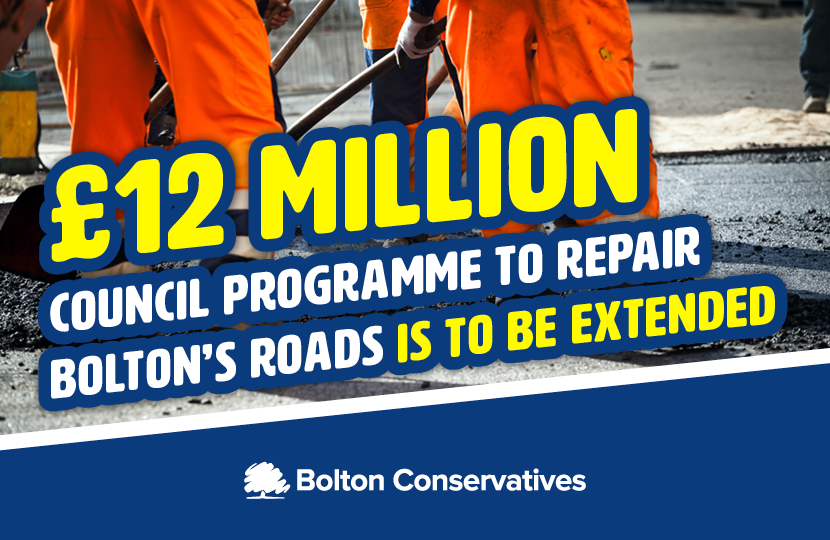 As part of our record investment into local roads and pavements, we will be extending the £12m programme. Due to the efficient spending of the £12m Highways Investment Programme, we are in a position that means there is sufficient funding left to make further improvements.

The much-needed work to combat the continued deterioration of residential roads and pavements - neglected for many years under Labour - were approved by the Conservative Cabinet in September 2019.

The £12m programme began in October 2019 and since then, despite the pressures of the Covid-19 pandemic, more than 250 improvements to roads and footpaths have taken place across the borough. More than 19 miles of road has already been resurfaced and more than five miles of footpaths repaired.

Believing local people knew best how to spend their £600,000 allocation, councillors worked with highways officers to decide their priority programme of residential roads and streets. Giving each ward an equal share was a priority to ensure we put an end to favouritism of the past.

Bolton Council’s Conservative Cabinet agreed on February 8 that due to funds still being available, the initial scheme could be extended.

Road safety is a key priority, and we are committed to investing in the maintenance of our roads to ensure they are made as safe as possible. With money left in the pot, it’s good news that we can make further improvements.

Despite these challenging times, the highways team have continued to provide this vital service to improve our roads. Not only that, but they have also managed to complete the original plans well under budget allowing the scheme to be expanded. This means more roads and streets in our neighbourhoods will be improved which will be of great benefit to our communities.

A full list of the local roads and pavements to be resurfaced can be found here.