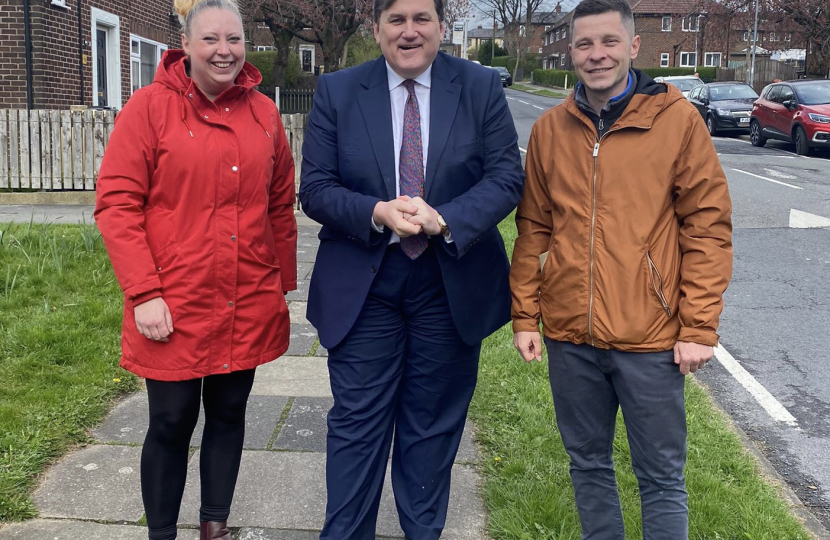 During conversations with members of the local neighbourhood watch in Breightmet with Cllr Adele Warren and Cllr Stuart Hartigan, Policing Minister, Kit Malthouse MP, discussed the issues that mattered to local people. We know that in Bolton, issues that matter include knife crime, the trust in police following Greater Manchester Police being placed in special measures and increased stop and search powers.

I think it’s brilliant that he’s come to Breighmet because Breightmet’s an area that does have its challenges.

It has a brilliant community as well, but let’s face it – we do have issues with deprivation, we do have high crime statistics, so for him to come to Breightmet is really brilliant, and to speak to the community.

Any crime or any issue in an area is not just down to an authority like the police coming in and doing something about it. It’s got to be everyone coming together.

We were very concerned about the performance of Greater Manchester Police for some time. The change in leadership was a great move from our point of view.

We are staying very much in close touch with GMP performance, and I’ve just come from HQ myself, reviewing their plans around county lines, violence and murder in particular to make sure they’re on the right track.

I have great confidence in the Chief Constable. He’s done good turn around jobs in the past in South Yorkshire and he’s work extensively in the Met. He’s local to the North West, which helps.

I do think his plans looks sound to me and I know he’s got the commitment and drive to push them forward.