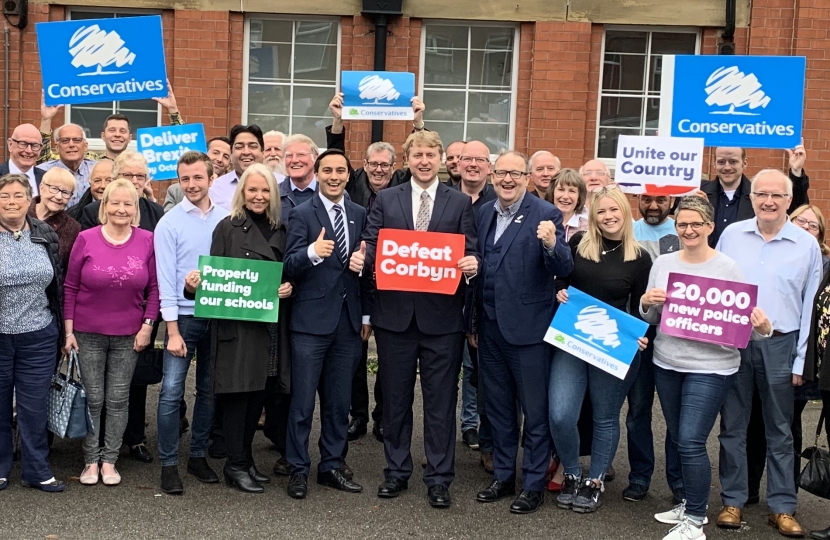 Following a vote of members in Bolton North East, Mark Logan has been selected from a talented pool of candidates for his enthusiasm, experience, and his commitment to deliver on Brexit by October 31st and stop a Corbyn government at any costs.

The next general election is scheduled for May 2022 but it is becoming increasingly likely that it will take place much sooner. Mark, who is fluent in Mandarin Chinese, has a background that includes working as a diplomat in the Foreign Office and now works in the private sector concluding business deals internationally. As we leave the European Union, skills like this will be invaluable in Parliament as we seek to enhance our reputation of a ‘global Britain’ and forge new alliances.

Mark is determined to take the fight to David Crausby who has taken the voters of Bolton North East for granted for too long. He said “I relish the opportunity to challenge Labour in Bolton. You don’t have to go back far to see how neglect and mismanagement have ruined this once proud town. Crausby has done little to challenge the previous Council administration which has see years of neglect.

“He has also done little else to represent the concerns of the residents of Bolton North East in Parliament. This is a man who voted to Remain in the EU and advocates for a second referendum. The people of Bolton North East spoke clearly in the referendum and I support their decision to leave the EU as soon as possible, no ifs or buts. The people of this constituency deserve better and I am determined to give it them.”

The Prime Minister's letter on Coronavirus: Stay at home to protect the NHS and save lives.

Read the Prime Minister’s guidance everyone should follow and the measures the government has put in place to fight Coronavirus.