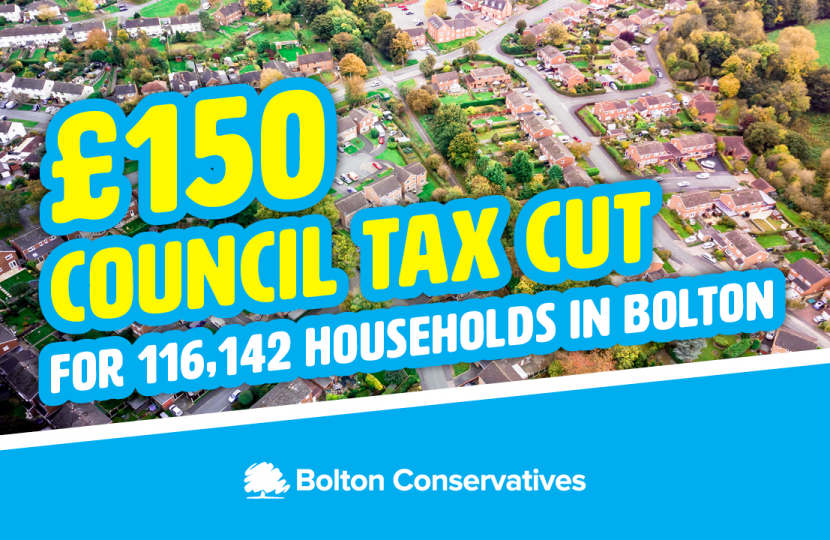 Government plans have been announced that will mean a one-off non-repayable tax cut of £150 will be given to over 116,000 households across the borough of Bolton.

This tax cut will be for anyone with a property in a Council Tax band of A-D, meaning thousands of Botlon residents are set to benefit.

As Conservatives, we’re doing what we can to keep Council Tax as low as possible and below inflation.

Global pressures have led to households across the borough of Bolton feeling a squeeze on their household costs, so it’s right that as Conservatives, we can come forward with this support. This will deliver support to more people at a faster pace - giving families the support they need now.