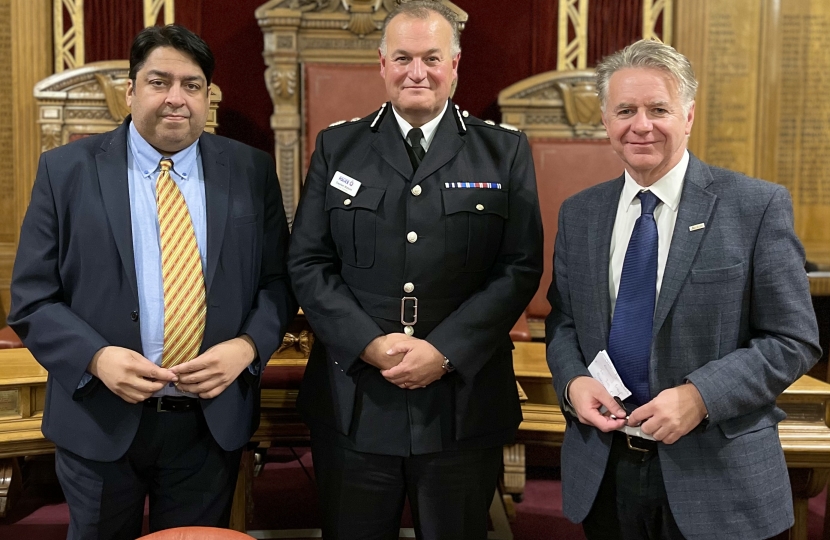 Having accepted our invitation to speak to members of Bolton Council, the new Chief Constable, Stephen Watson, addressed councillors for over two hours giving an update on how he saw the future of Greater Manchester Police (GMP) developing under his leadership.

For years under Andy Burnham's leadership as Greater Manchester Mayor, with responsibility for policing, the police force has year-on-year received negative reports on its performance, unlike others in the country. This recently culminated with GMP being put into 'special measures' - only the second force ever to be labelled as such. Stephen Watson has been brought in to turn this around, as he did in South Yorkshire.

With Government pledges well underway, with the recruitment of an extra 20,000 police officers nationwide and further investment into frontline policing, the Conservatives are committed to levelling up our policing to help us build back better after the pandemic. The Chief Constable has also reopened the custody suite at Bolton Police Station, meaning police officers no longer have to travel to Wigan to transport prisoners.

It is refreshing to hear such honesty from a senior leader in Greater Manchester Police. For too long, the officers on the frontline have had to give their all with little support from the leadership of the force. Stephen Watson gave us a frank assessment of where GMP currently is but also optimism about its future. The Chief Constable has a strong track record from his time in South Yorkshire after his five years in post, where now only three forces outperform them, and so I am confident Mr Watson will do the same for Greater Manchester.

The fact that the new Chief Constable accepted my invitation to address members of Bolton Council without hesitation shows how the culture in the leadership of GMP has changed. Stephen Watson's commitment to doubling the number of arrests each day, a focus on neighbourhood policing and also addressing our concerns in Bolton around speeding and aggressive begging at traffic lights will make a huge difference to the lives of Boltonians. I hope that we'll continue to work well together and this Conservative administration will do all it can to support the Chief Constable in turning things around.