Council Leader calls for Covid restrictions to be eased in Bolton 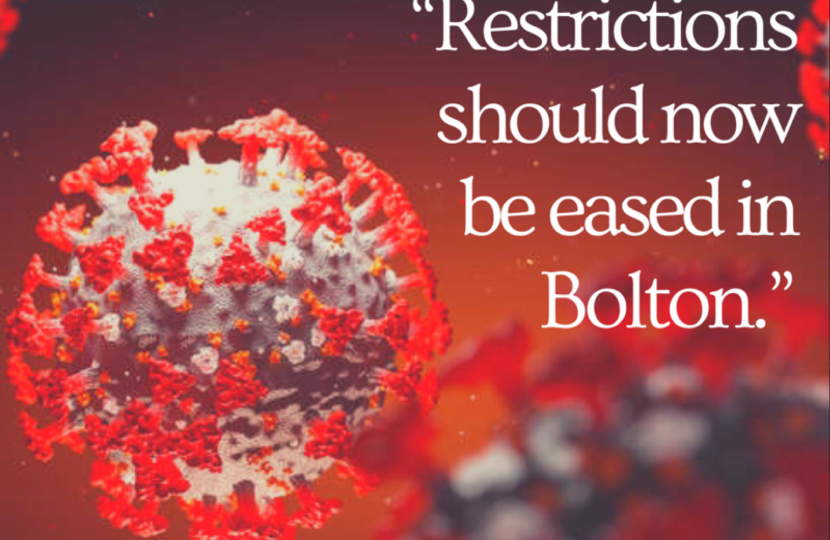 Leader of the Council, Cllr David Greenhalgh has called for Government and the Greater Manchester Mayor to support his administration’s call for Bolton to have recent restrictions lifted.

"According to recently produced data, we have seen this weeks data for Bolton now at 12.9 per 100,000 new confirmed cases, showing Bolton over the past 3 weeks with a downward trajectory, and way outside those authorities that are areas of concern on Government lists.

“We have seen our neighbours in Wigan taken out of GM restrictions and it is now time for Bolton to follow suit, and the figures and data support this.

“That is not to say that there is any room for complacency. Guidance must still be followed and our enforcement will still be robust and we will not tolerate premises and residents flaunting the rules, but it is clear to me that this one size fits all approach across GM is flawed and inappropriate.

“I accepted the position of Wigan last week, and will be asking for the support of GM Leaders to recognise that Bolton should join Wigan in having restrictions eased.

“We are thankfully not seeing anywhere near the number of hospital admissions leading to deaths as we did in April, May and June, and we must now be allowed to get back to a degree of normality that allows residents to go about their lives while accepting personal responsibility and following the guidance and safety measures.

“I will be writing to Government to express our administration’s view, and I know I have the support of our 2 Conservative MPs who I know will be doing all they can in the background.”

Following the 2021 Local Election, the Conservatives have become the largest party on Bolton Council.