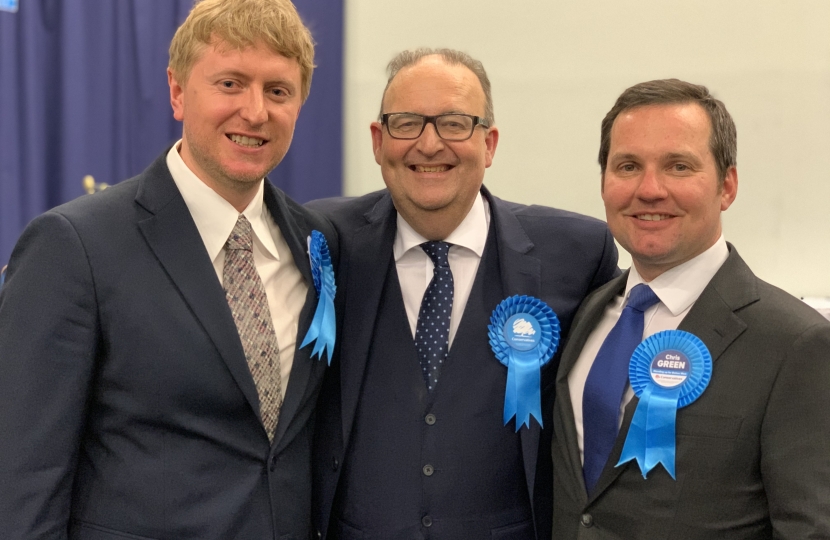 In Bolton North East, the Conservatives managed to overturn a near 4,000 Labour majority to secure victory for the first time since 1997 with a majority of 378. Mark Logan, the newly-elected MP, fought a tough but fair campaign that saw him speak directly with thousands of votes across the constituency.

Mark said, “For the first time in almost 30 years, Bolton North East has turned blue. With this comes new opportunity rather than looking South to London we can now once again be an integral part of bringing energy, drive and optimism to the North of England.

“Bolton has a proud industrial history and I want to ensure it has a bright economic future. We will leave the EU over the next few months and I will be your voice to ensure that priorities and world views are not directed by London alone but instead consider the quality of life and prosperity of all regions of our United Kingdom.

“People of Bolton North East, from Crompton to Tonge and Breightmet to Bromley Cross, you have put your trust in me by marking that piece of paper yesterday. Now it’s time for me to help put Bolton back on the map as the go to town of the future."

As for Bolton West, Chris Green’s dedication to the constituency was rewarded as his just over 900 majority was converted into a near-9,000 majority. The emphatic endorsement of Chris and the Conservatives proved that it was possibly to be hard-working constituency MP that delivers on their promises, which includes getting Brexit done.

Chris said, "Jeremy Corbyn has a certain style of leadership and a certain set of values. Boris Johnson represents the views and values of the British people more accurately than the Labour leadership does.

The Prime Minister's letter on Coronavirus: Stay at home to protect the NHS and save lives.

Read the Prime Minister’s guidance everyone should follow and the measures the government has put in place to fight Coronavirus.