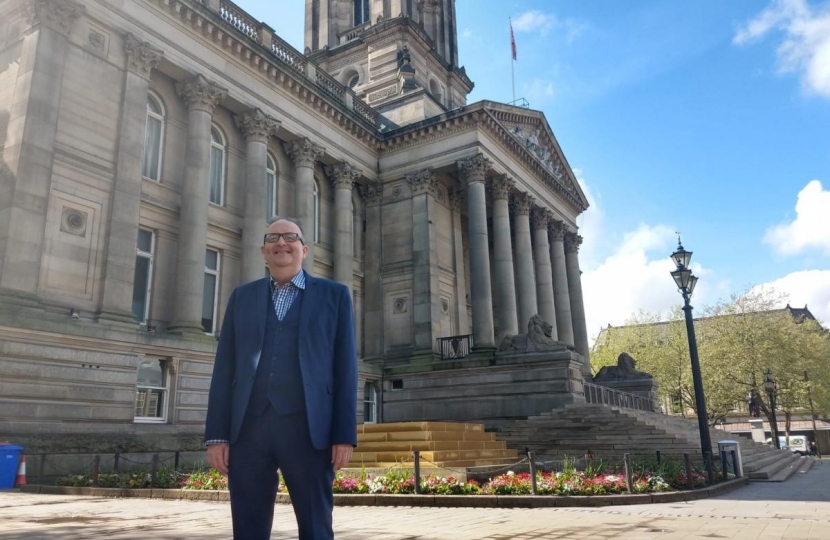 Following from Labour's seismic losses in the 2019 local elections which saw them lose seven seats, the Conservatives took control of Bolton Council following 40 years of Labour-led rule, overseeing the deterioration of town and services. In 2019, the Conservatives secured a deal with the minor opposition parties - the '25 Point Agreement' - which has today been reviewed and renewed.

The new agreement builds on the work that we have already commenced (and in some aspects completed) to bring a new lease of life to our borough. We will continue to focus on local road improvements and maintain our support to the most vulnerable across Bolton.

Cllr David Greenhalgh, who is set to be appointed Leader of Bolton Council at a virtual meeting of the Council on Wednesday following his re-election as Leader of the Conservatives last week, said "Parties came together after the local elections last year to change the culture of decision making in the town hall.

“I reaffirm that commitment today, and it is testament to the open, transparent and inclusive way we have run the council over this first year that other parties are once again prepared to support our administration.

“I believe we have drawn up a statement of intent that provides a programme and a set of priorities and principles right for our borough at this time, with ambition and hope, with help and support for those most vulnerable, and which recognises the different world we will inherit when we emerge out of lockdown.

“There will undoubtedly be some very difficult decisions ahead, and parties within this agreement may not always agree, but views will be respected, processes will be adhered to, and proper scrutiny will take place.

“Myself and my colleagues take the responsibility of running this borough extremely seriously. It is an honour that we will not abuse.

“Our plans are for the whole borough, where no part feels ignored or disenfranchised, but included and empowered by change.

“We thank those that support us now and give us the opportunity to strive to make Bolton a better place to live, work and bring up a family.”

The new agreement has been signed by the Conservatives, Liberal Democrats, Farnworth and Kearsley First, Horwich and Blackrod First, and UKIP. It will be released later this week.