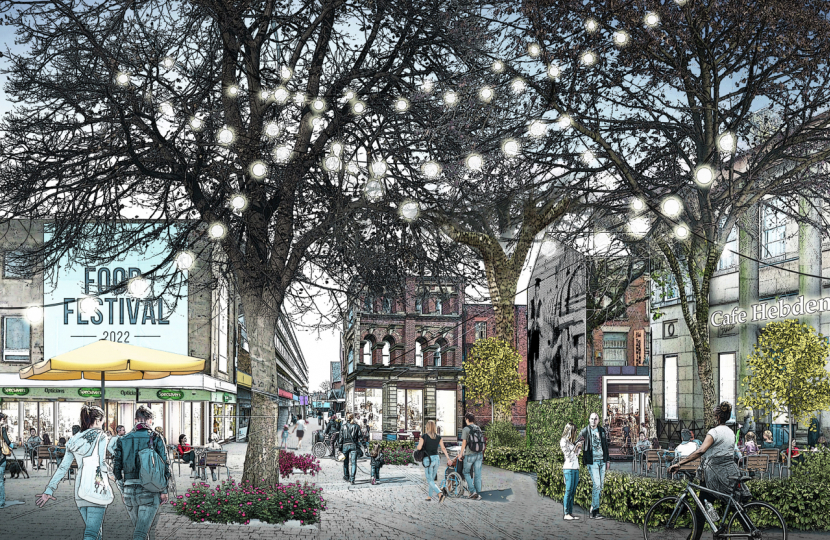 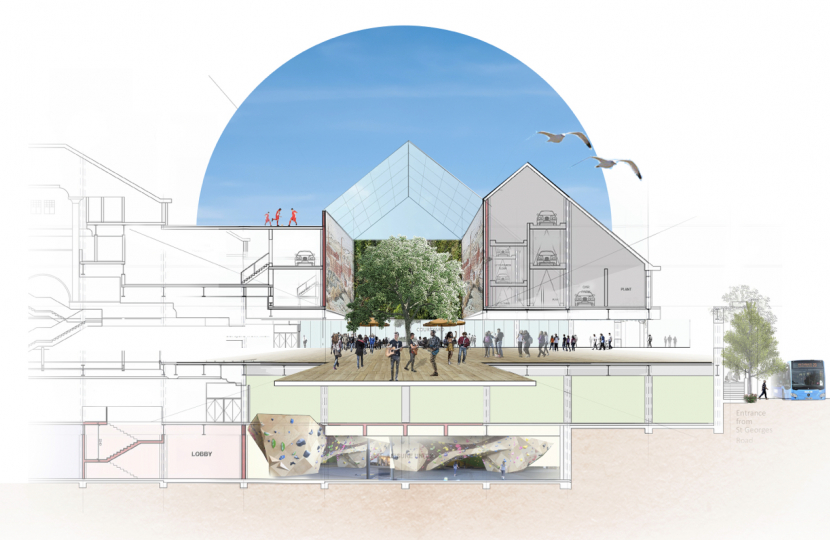 We're continuing on our mission to see levelling-up across Bolton. Already, last year, we secured £20m to build the Bolton College of Medical Sciences.

Our Bolton Town Centre bid, prepared with Mark Logan MP, would see a £20m investment for three new development projects in Bolton Town Centre. If successful, the bid would create a modern hotel and conference complex, deliver a re-imagined Market Place shopping centre, and open up a historic heritage quarter.

The first scheme would see the under-used southern side of Le Mans Crescent transformed into a high-end hotel, with agreement for international hotel chain, IHG, to run and create tens of jobs and apprenticeship opportunities. To go along with this, conference facilities located in the Albert Halls will be added to offer new space to business and community groups, as well as improving access to the listed building.

A further project would see a new layout for Market Place including a public space with the addition of a courtyard under the building’s skylight. The building would be opened up so pedestrians can walk directly between the existing main entrance and a new entryway on St George’s Road. Work would also focus on the former Debenhams unit to create new community, leisure, music, and sport facilities.

The third development would open up the historic area around Mawdsley Street while improving connections between Nelson Square and the rest of the town centre. More open space would be created by demolishing the unused NHS building in Victoria Square with future potential for a small public green space.

As shopping habits change, we want to move the town centre away from a focus on retail towards more leisure, hospitality and employment space.

This bid would allow us to maximise the grant money available by delivering three distinct projects while also protecting and enhancing some of Bolton’s best heritage assets.

In the meantime, other regeneration schemes are progressing well including improvement works to the library and market via the Towns Fund.

This bid preserves the best of what Bolton already has to offer whilst diversifying our high street - reinventing a new town centre fit for 21st Century shopping and lifestyle habits.

Boltonians will reap the rewards for many generations to come.

I'll continue to bang the drum in Westminster to secure as much funding as possible to make the plans Bolton's new reality.

In addition to Bolton Town Centre, we're supporting one of the great towns in our borough, Horwich, with our plans to ease congestion among some of the town's busiest roads.

The council has worked with Bolton West MP, Chris Green, to bring forward the proposal which would improve connectivity in this key part of the borough.

The area suffers from significant travel delays at peak times and the proposals aim to address this issue and prevent further congestion in the future. Segregated pedestrian and cycling routes - which won't take any additional road space from they currently use - would also be improved in line with national guidance, delivering a network that is safer for all road users.

Bolton will receive a share of £9 million of funding to upgrade parks and green spaces, the Conservative Government has announced.