Bolton to receive up to £25m from Conservative Government 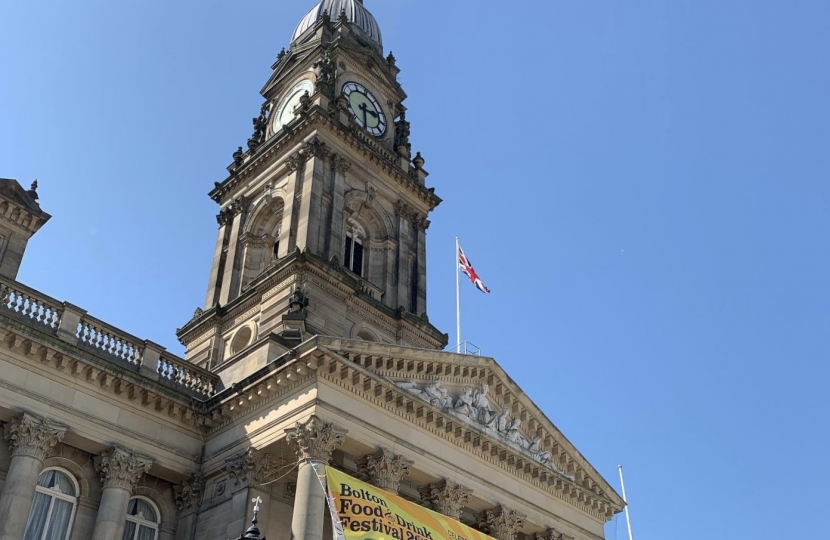 With the Prime Minister’s announcement of the Towns Fund in July this year, Bolton has now been confirmed as a recipient of up to £25m from the Ministry for Housing, Communities, and Local Government.

Cllr David Greenhalgh, Leader of the Council, said: “We are delighted at the announcement that Bolton will benefit to the tune of up to a further £25million from government from a £3.6billion pot that is being targeted at transforming and reinvigorating towns. This money must now be spent wisely to achieve lasting outcomes for generations to come. Bolton is at a crossroads with opportunities provided by this government that we should grasp that could deliver on the regeneration that Bolton so desperately needs.”

The announcement comes weeks after Bolton and Farnworth were selected for the next stage of the £1bn Future High Streets Fund.

The Conservative Member of Parliament for Bolton West, Chris Green MP, said he was “delighted that the government has given Bolton Council £25m to support the redevelopment of Bolton town centre. This is really welcome money and it shows that the revitalisation of our town centres is on the Conservative government’s top priorities.”

Local Government Secretary, Rt Hon Robert Jenrick MP, said: “Ensuring that prosperity and opportunities are available to everyone in this country, not just those in London or our biggest cities, is at the heart of the mission of this government. We want to level-up our great towns, raising living standards and ensuring they can thrive with transformative investment in transport, technology, skills and culture. I will now work with local people from the 100 communities announced today to agree proposals to invest up to £25 million in each place. I hope these deals will provide the investment and the impetus for long-term renewal ensuring each town can look to the future with a new optimism.”

Minister for the Northern Powerhouse and Local Growth, Rt Hon Jake Berry MP said: “In July, the Prime Minister promised to level up 100 towns across the country, and today we’re delivering that promise. The best answers for local people will come from local people, that’s why we have listened to people living in these towns and will support them with a mega £3.6 billion fund to drive jobs and economic growth. Five years on from the launch of the Northern Powerhouse, we are reaffirming our commitment to the people of the North so they have the support they need to be at the leading edge of a confident, global Britain when we leave the EU on 31 October.”

Two Years On: Delivering on our Promises

Two years on, we have delivered for Britain. Here's a list of some of our top achievements.