Bolton Conservatives set to announce £10m for roads and pavements 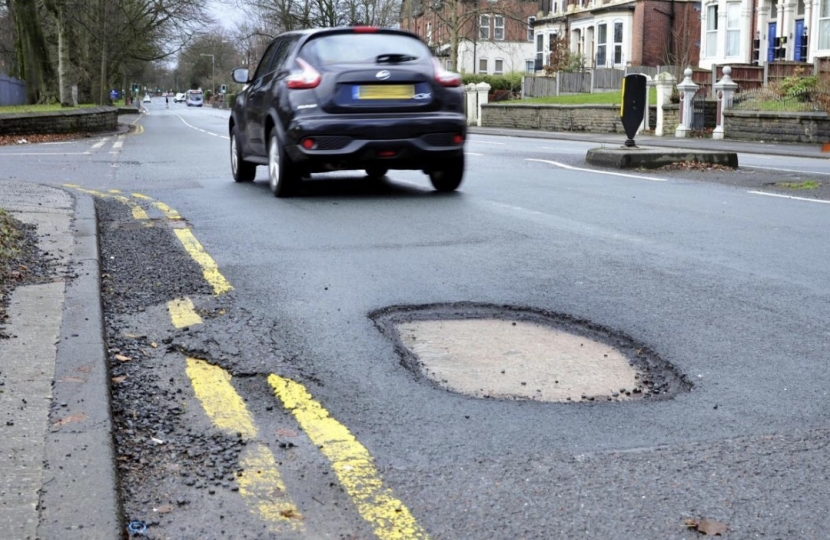 Following from our election pledge, Bolton Conservatives are set to launch an extra £10m for local roads and pavements. This report is set to be approved at the Cabinet briefing next Monday.

Each ward across Bolton will receive an equal share of the funding, equating to £500,000 per ward. In the spirit of openness, fairness, and transparency, it will be the responsibility of local councillors to identify roads and pavements in their wards that they feel suitable. This will be done in conjunction with Highways officers, ensuring consideration has been given to those with engineering priority.

Leader of Bolton Council, Cllr David Greenhalgh, said: “We made a commitment to invest an additional £10m into our roads and that is why we want to create a new fund. Time and time again we hear that roads in our residential areas need urgent attention. We know that £10m will not fix everything but it will go some way to helping all of our communities across the town.”

Deputy Leader of Bolton Council, Cllr Martyn Cox, added: “The state of our roads is an issue that affects everyone in our town as well as anyone who visits.It is an issue that is brought up regularly and we want local councillors to work with officers to ensure best value for money. The whole borough will benefit from this investment.”

The project will be funded in a manner that works for Bolton. Capital funding from the Department for Transport, Bolton’s capital, and low-cost borrowing that will be covered by the dividend Bolton receives from the Manchester Airport Dividend.

Cllr Cox stated “One of the biggest complaints the council receives is about the roads. This programme is to address the perennial issue of the poor state of roads in the Bolton borough. We made a commitment at the start that this was our number one priority. Ward councillors will work with engineers to draw up a list of roads in the worst condition. This should be agreed by August 13th with significant work starting in September. The money is an investment in all of the borough’s town centres, good infrastructure helps to stimulate the economy, which fits in with all town centres in Bolton. Investment in the borough’s infrastructure is something we thought was a relatively straightforward thing we could do with the growing dividend from Manchester Airport.”

Prime Minister’s statement on protecting the Union: Speech in Full

The Prime Minister sets out the case for the Internal Market Bill, which would secure free trade inside of the United Kingdom once we exit the transition period next year.