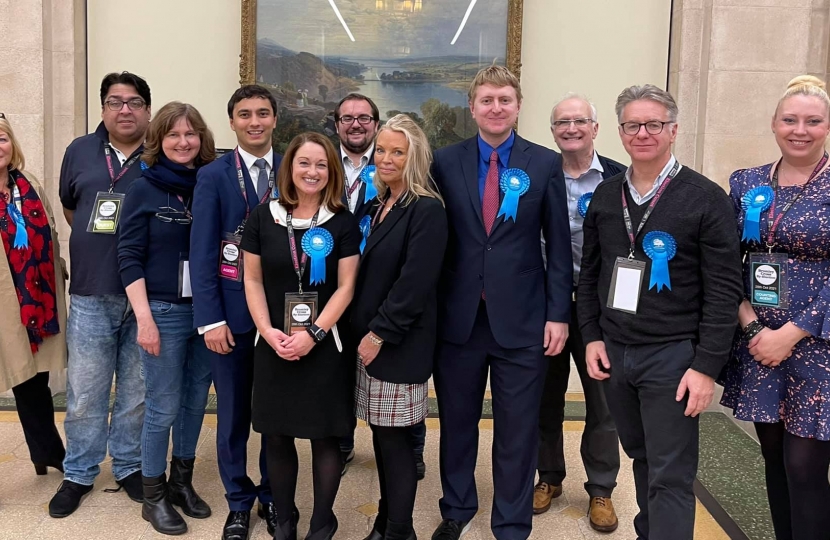 Amy Cowen was duly elected as the councillor for Bromley Cross in the by-election held on Thursday 28th October 2021. The seat was left vacant following the sad passing of Council Leader and Bromley Cross councillor, David Greenhalgh earlier this year.

The victory for the Conservatives saw people back Amy's plan for further investment into local roads and pavements, protection of the greenbelt, and plans to tackle anti-social behaviour and policing.

The results were as follows:

This is the by-election nobody wanted because of the reason for it. None of us would want to be here - we'd rather David was still here. There are big shoes to fill. I'm taking his seat but I couldn't fill his shoes. I don't think anybody could.

I am very grateful and privileged. It's a massive honour to represent Bromley Cross and Egerton. I will do my very best. I know my fellow candidates wanted the same thing, to make Bromley Cross better.

I want to thank everyone who supported me and can't wait to get to work.